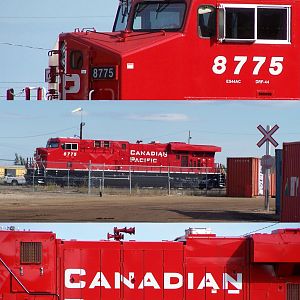 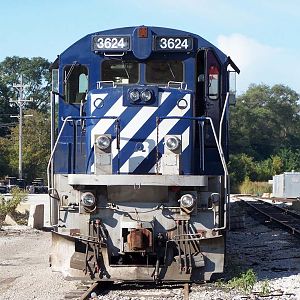 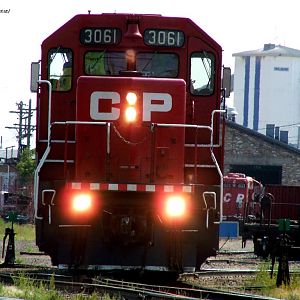 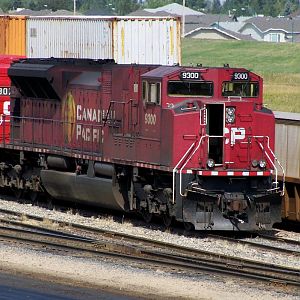 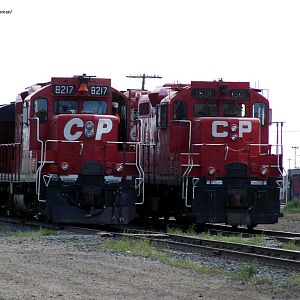 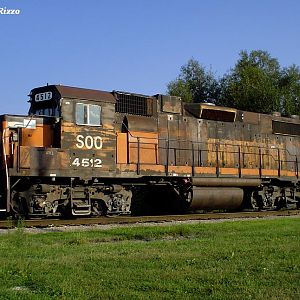 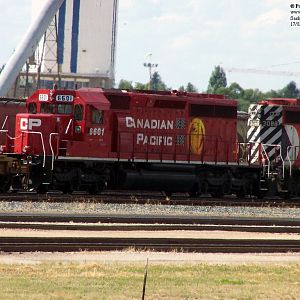 I was hoping to catch CP 454 that day, as I haven't seen him for a while and he'd been officially annuled the day prior. So it was an extra suprise when I saw him with a SD90MAC leading and it wasn't a 91xx. The big boys have struck again! Don't think I can say much more about him then I've aready said about his brother whom I've caught on the same train a week prior: http://www.railroadforums.com/photos/showphoto.php?photo=41589&amp;cat=500&amp;ppuser=3391
Interstingly he was trailed by CP 3070, a freshly painted GP38-2, whom I've seen around here before. The train itself was about a 1/4-1/3 of the usual, meaning there wasn't enough traffic to run him the day before.
I wanted to get a nice smoking shot just like I managed with 9303, but the smoke was all greyish, not the rich black smoke I've expected, so I settled with this roster, before he got going.
If you look carefully you'll see one of the crewman getting set-up inside the cab.
Click to expand...
DAM YOU AND THE &quot;H&quot; series lol
The 93xx's are not very common. I've been actively railfanning since April 2003 and have only seen them twice prior to Saskatoon. Interstingly I've last seen CP 9300 on 4 unit IMS back on December 10th, 2003.
lol once u get back on the CP after living in Winnipeg the followed u haha