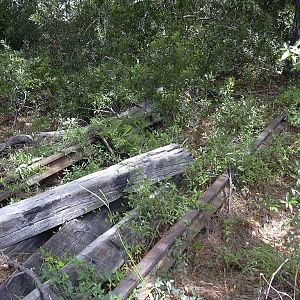 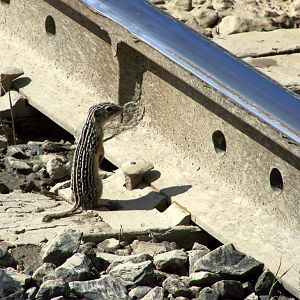 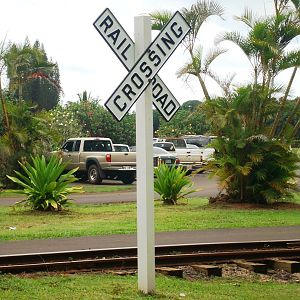 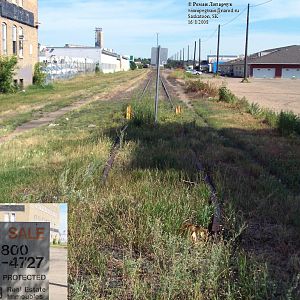 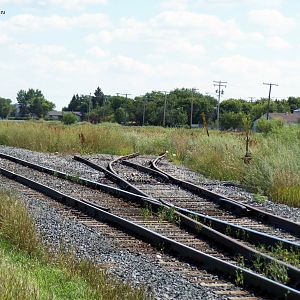 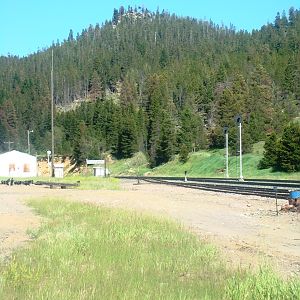 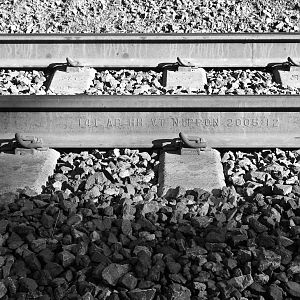 Tired of buying junk on ebay? How about a set of disused railway tracks with a rich history and a dark future.

Originally this was the CP mainline between Regina and Prince Albert via Saskatoon still the most direct route (even by HWY) unless one avoids Saskatoon. CP didnt see much potential for the line, hence local businessman provided the funding, with CP agreeing to operate it. In time Canadian Northern came along and bought the line for itself. CP consequently built a Regina to Edmonton line (via Saskatoon) and had two other lines to Prince Albert (via Nipawin &amp; Melfort), both of which no longer connect to Prince Albert.

In 1960 the city wanted to remodel downtown, which involved moving the station south and re-routing the line to Prince Albert accordingly. Consequently the old mainline became a spur used to serve local business &amp; interchange with CP. Note the bent railhead, perhaps this is why the EOT sign is placed a couple feet before track ends.

I looked up the company on Google no such thing. The phone # traces back to Canadian Water Treatment, a magazine about water The sign itself should be for sale as its ancient looking &amp; useless.


Click to expand...
Ah yes, the Robin Hood extension. My aptomatrists are in the Atrium building over their in the right of the picture. This is where the Tramp jobs pull reverse moves.
CP used to go to Melfort, but I don't believe they went any further, instead they went from Humbolt up to hagen then on trackage rights came into pa through CN. I was looking at some old pics my dad had of the old RS23's shunting in the CN yards before they headed out to the mill. There's also a great pic of them outside Hagen with the old CP pulp cars...alas I was too young to remember
Kermit, CP went past Melfort to Gronlid, one can still see the old ROW &amp; wye on the satellite.
But they never used the line to go to pa...thats what I meant.