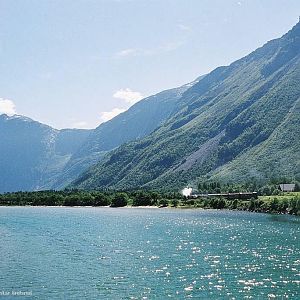 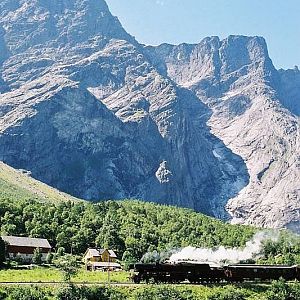 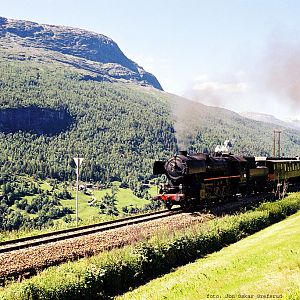 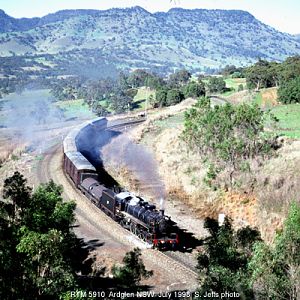 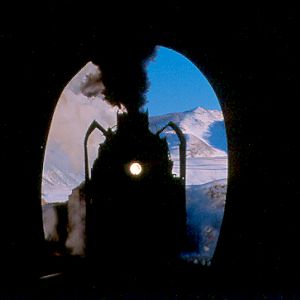 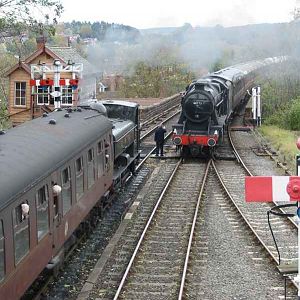 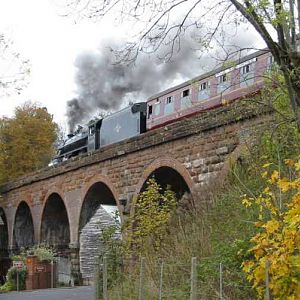 Back in 1998 during july, the RTM decided to run an &quot;American Style&quot; train to celebrate the 4th. This vintage train evoked the NSWGR grand style from the previous century. Preserved puffer billy 5910 seen here, wheels spinning on the &quot;anti-traction device (flange oiler)&quot; climbing the 1 in 40 grade to the top of the Liverpool Range.
Baldwin 75573 being one of twenty Mikes to emigrate down-under becoming the second final NSWGR goods steam locomotive class. The carriages, the last examples of Pullman coaches imported into Australia back in 1891. Naturally, these preserved cars were built locally to the Pullman design.
So, an Aussie American train for an American holiday.

Aussie Alco.
Click to expand...
There are no comments to display.