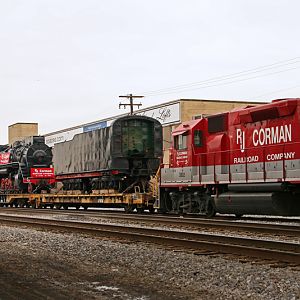 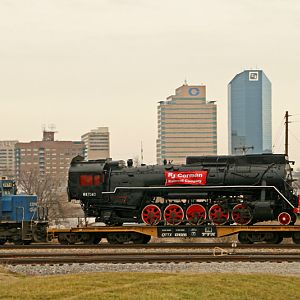 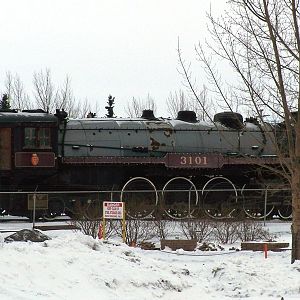 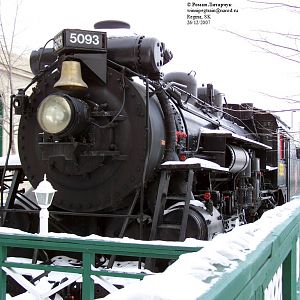 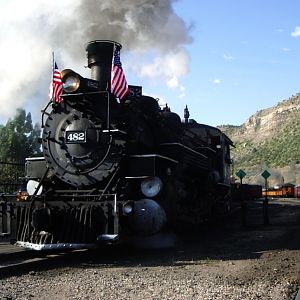 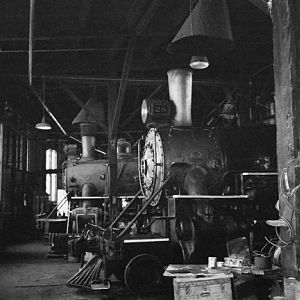 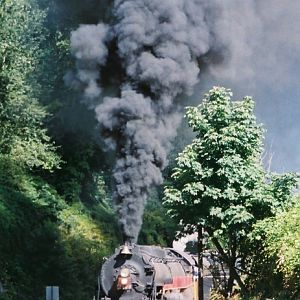 The plaque reads:
Steam locomotive #5093 was built in 1918 by the Montreal Locomotive Works Ltd. It is a Pacific-type locomotive, 75 feet long and weights 287,500 pounds, or slightly more than 143 tons. While operative, it hauled passenger trains to various parts of western Canada, including Regina. Its last trip was on April 25th, 1960, when it completed a run from Swan River, Manitoba to Regina, a distance of 242 miles. On this final run the locomotive hauled five cars. Thirty-five passengers also made the trip.

The Regina Plains Museum purchased the locomotive from the C.N.R. in 1964. The locomotive was refurbished in 1995 and moved to Union Station.

Fun fact: Union station is now a casino, with this old CN steamer incorrectly placed across from CP's shops + yard and consequently CP's former passenger station. Great planning!
Click to expand...
There are no comments to display.