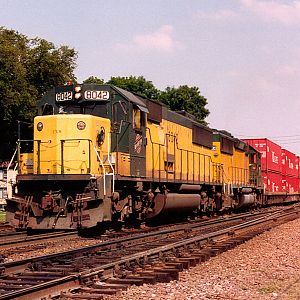 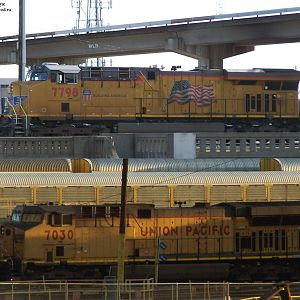 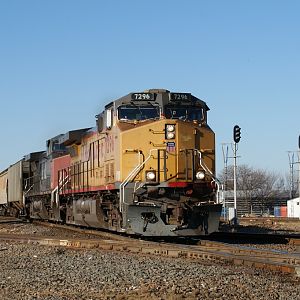 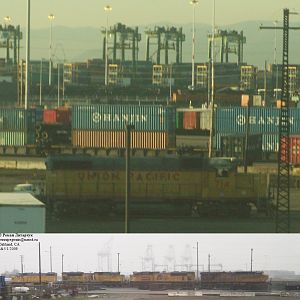 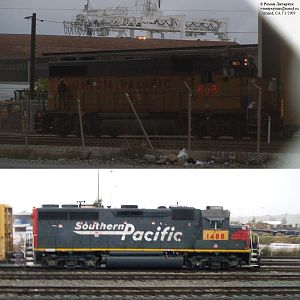 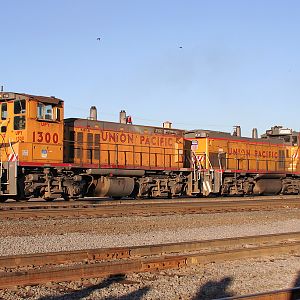 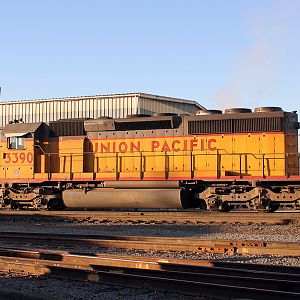 I was surprised to see these guys working as Port Switchers, while BNSF was using a SD60M. You can actually see it in the background! Wish I knew this trick earlier just look at my photos to see if theres any power on the BNSF side, instead of physically walking the mile over there.

For the most part UP shops are inaccessible, sandwiched by the IMS facility &amp; freeway. The best I could do on the ground was shooting AMTRAK shops - therell be a little yellow blurb in the corner (100 x 150 pixels) per each UP unit. You could distinguish a SD70M from a SD70ACe, but no luck getting engine #s.
So I shot the shops from above while on BART (subway), then going through on AMTRAK. Im only posting this so people dont think I was trespassing.