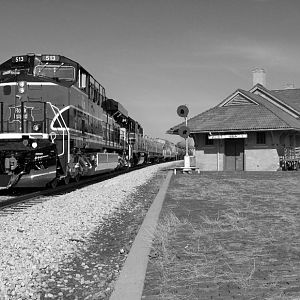 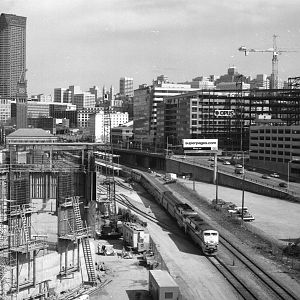 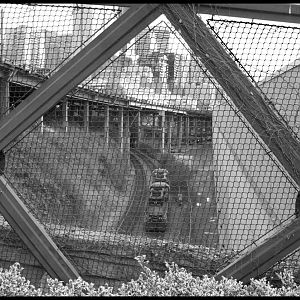 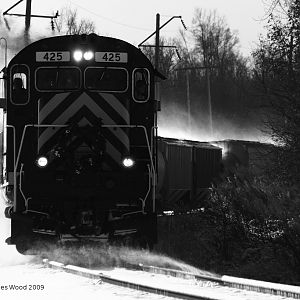 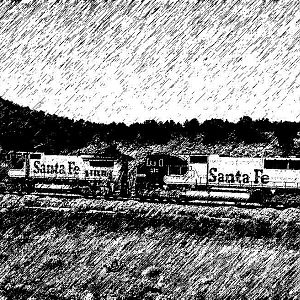 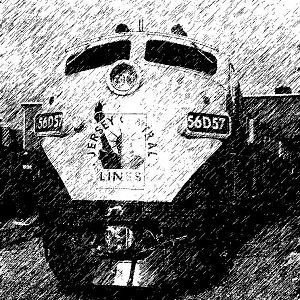 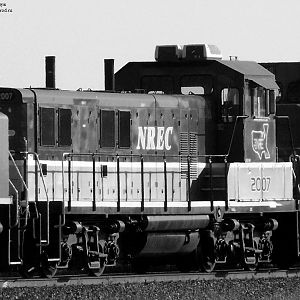 The LAL Road train kicks up snow in Rush ny.

Three alcos pull 20+ cars pull the NB job at track speed at Golah Road.
December 28th
Click to expand...
Nice pic. By December 28th I assume that you mean 2009. I had no idea that there were Alco's still hauling freight. At least not in the U.S. Their presence would definitely make railfanning more interesting.
Challenging lighting. You did a good job capturing it. It's back lit but the detail is nice. There is a nice contrast between the cold of the snow cloud and the heat of the exhaust.
Built 1-1965 as NH 2557; became PC 2457 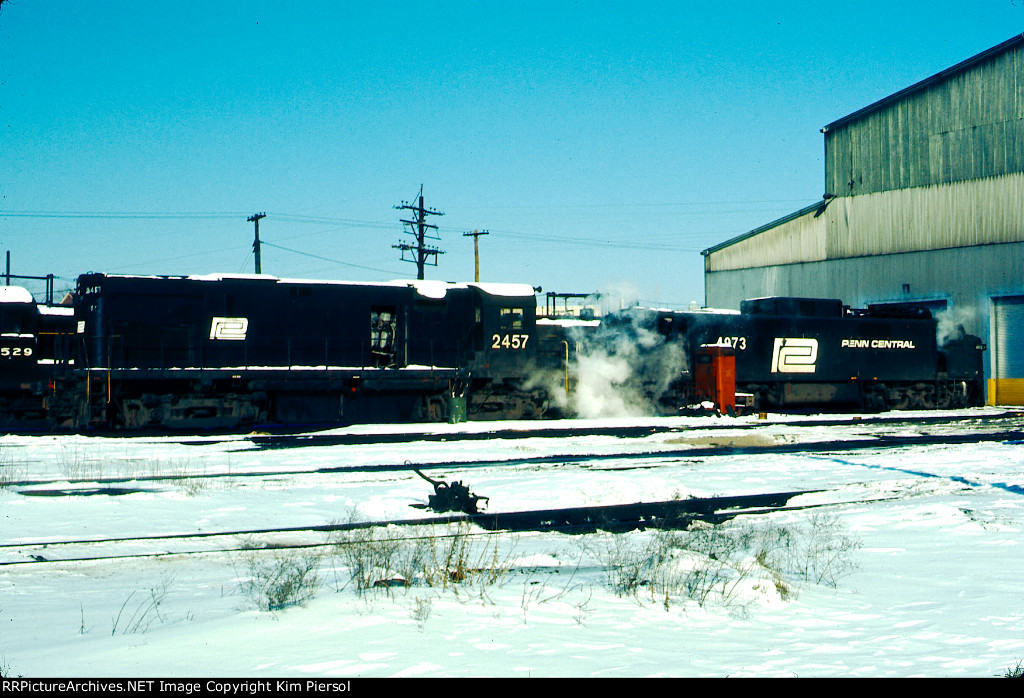 As CR 2457; Just out of the Collinwood paint shop, this former New Haven/Penn Central Alco C425 looks pretty snazzy. It only got to run in it's new coat for less than 2 years. The small fuel tank and lack of dynamic brake grids are two spotting features of ex New Haven units. It's already lost it's Hancock air whistle though.

Renumbered CR 5086; Still pretty much intact even after sitting in this deadline for a year and a half, the former 2457 (seen above in fresh paint) sits out the remaining days before being shipped off to scrap. It's another former New Haven unit, and little expense was incurred renumbering this doomed Alco.