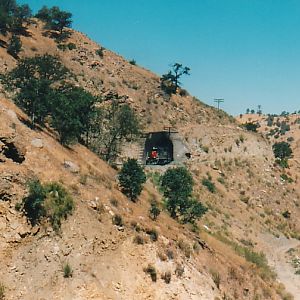 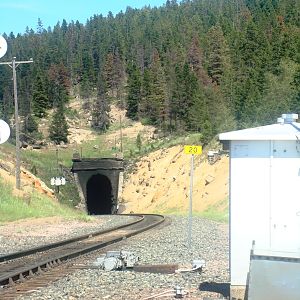 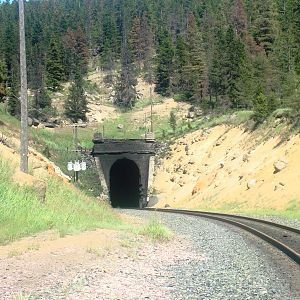 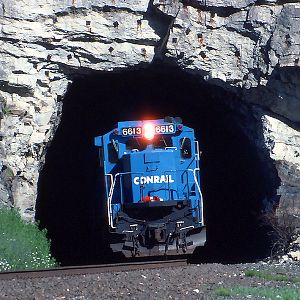 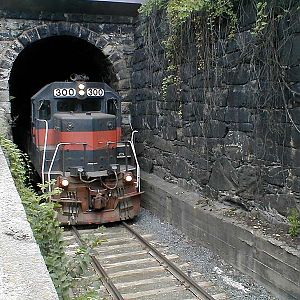 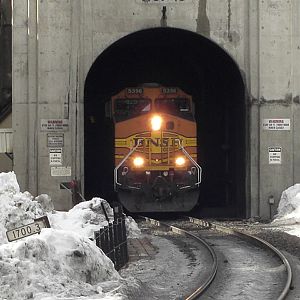 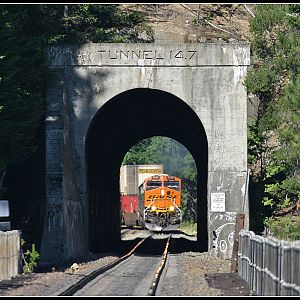 but not really, since they actually lie 3 miles inside New York state in the town of Canaan. Led by GE C32-8 6613, westbound PWSE exits the west portal of the origional State Line tunnel, which was bored in ca.1840 by the Albany &amp; West Stockbridge RR, a partially-owned subsidiary of the Western RR. These two roads, plus the Boston &amp; Worcester eventually merged in 1869 to become the Boston &amp; Albany.
After the NYC&amp;HRRR leased the B&amp;A in 1900, the railroad was upgraded with added trackage, minor line relocations and the addition of a second bore at State Line. The &quot;new bore&quot; is wider and taller than the origional and with the single-tracking of the B&amp;A in the late 1980's by ConRail, the track through the origional bore was removed with the &quot;single main&quot; utilising the second bore.
Taken on June 24, 1988, the old westbound main was on borrowed time.
Click to expand...
Miss that blue.