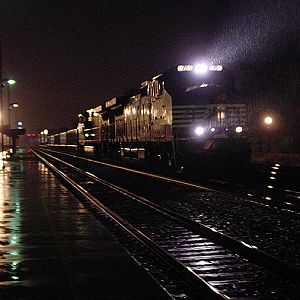 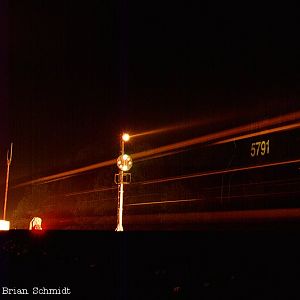 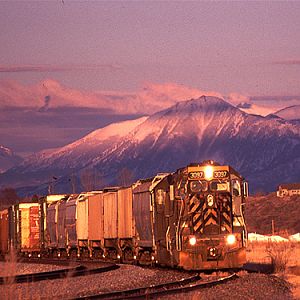 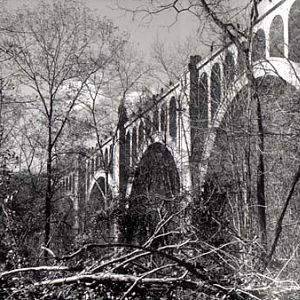 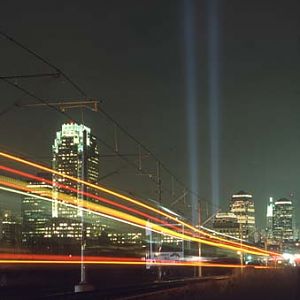 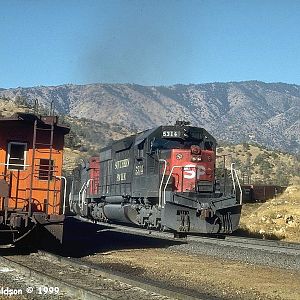 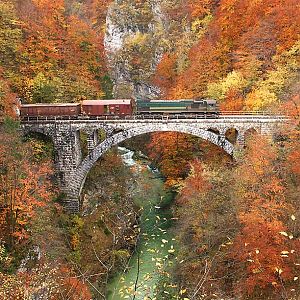 One of the great engineering feats of the eastern United States was the Lackawanna Cutoff, constructed in the early 20th Century and abandoned in the 1980s. Two large concrete viaducts were constructed on the Cutoff, one spanning the Delaware River near Columbia, New Jersey, and this viaduct spanning the Paulinskill near Hainesburg, New Jersey. In this 2001 view, the Paulinskill Viaduct sits quietly, perhaps awaiting a return of passenger service by New Jersey Transit at a future date. Photo shot on Agfa Scala black &amp; white slide film by Steve Barry.
Click to expand...
Very nicely done.

The texture here is excellent. I particularly like when winter trees are given a noticable seat in railroad photographs... I think they give them that sense of nastolgia and loss of beauty--not only in railroading, but in America in General; the way the trees 'block' and keep me 'distant' from the structure is oh so very annoying LOL! (in a good way!) because I think it represents how little the general public knows about railroading and its history. I think the photographer here achieved this contrast quite well.