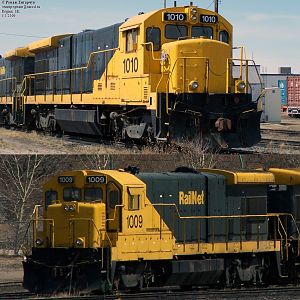 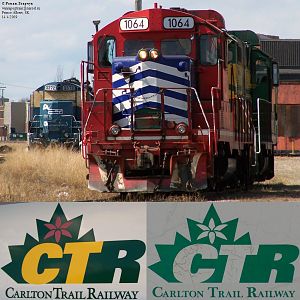 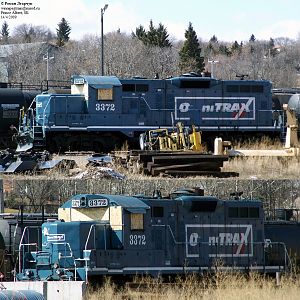 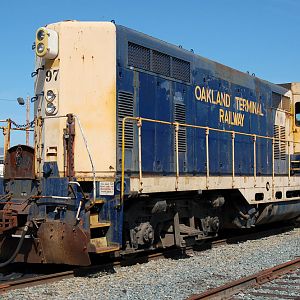 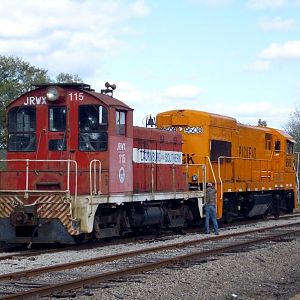 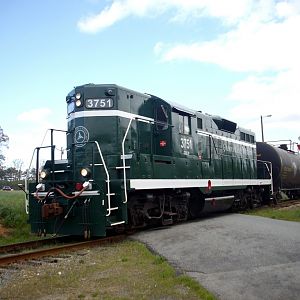 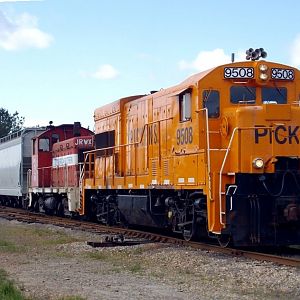 The sole power for the Oakland Terminal Railway is old 97, an ex-ATSF GP7u that was built way back in 1952. It became ATSF 2197 when it was rebuilt, and then was acquired by the Alameda Belt Line in the 80's. That railroad shut down in the early 90's, so 2197 was acquired by OTRY, where it has been used since then. With no engine shed, it sits out in the elements day in and day out, which have not been kind to its exterior. However, it is still mechanically sound internally.
Click to expand...
There are no comments to display.