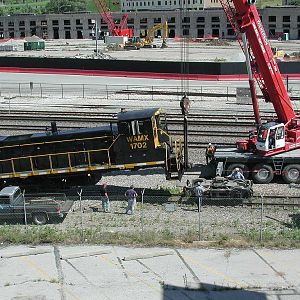 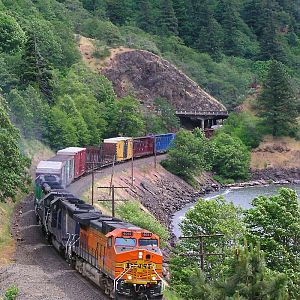 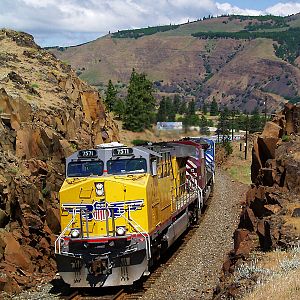 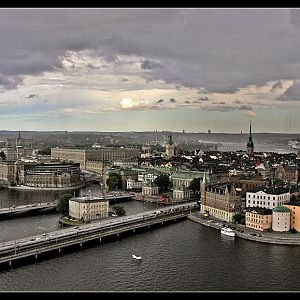 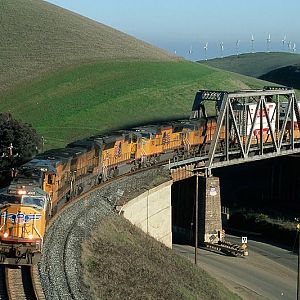 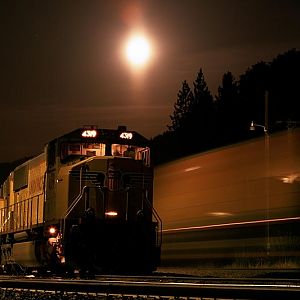 Probably my favourite spot on my recent holiday (although there were many other great ones :)): on top of Stockholm town hall tower!

SJ X2000 high speed train is leaving Stockholm Central Station down South to Gteborg as train 441 at 16:10 over the bridge North of the historic city center, Gamla Stan. In the background a heavy rain shower pours down on the harbour and several big Baltic Sea ferries.
Note that Stockholm is situated at the sea and on a lake, the water in the foreground is actually a lake.

For a little Stockholm sightseeing: the first big building from left on a separate island (not the smaller one in front) is the Swedish parliament. Behind and to the right of it you can see the King's castle (as Sweden is a monarchy, of course still in service, at least for representative purposes. Also went on a visit there, all rooms are decorated historically except for one which is used for receptions - it looks like the King is also buying his stuff from IKEA! ;))
In the background of the castle you can see the leisure island Djurgarden (which means &quot;zoo&quot;), home to several attractions as the old &quot;Wasa&quot; ship and the open air museum &quot;Skansen&quot;.

Look out for many more pictures from Scandinavia on the forum soon!


Click to expand...
There are no comments to display.