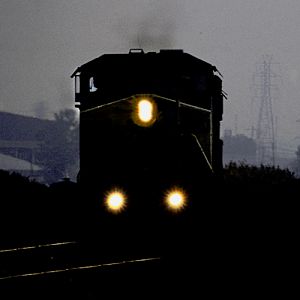 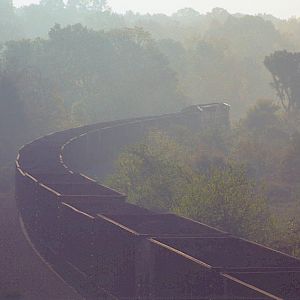 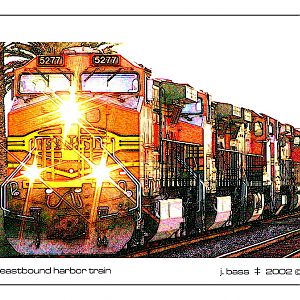 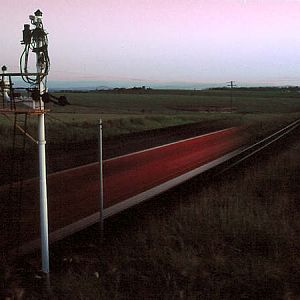 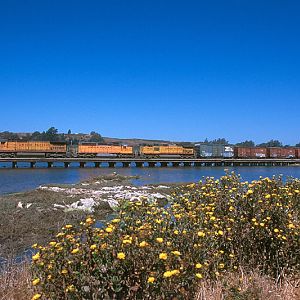 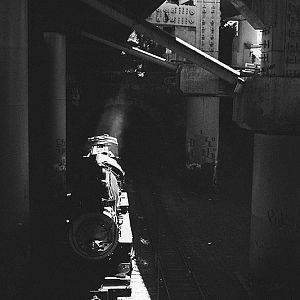 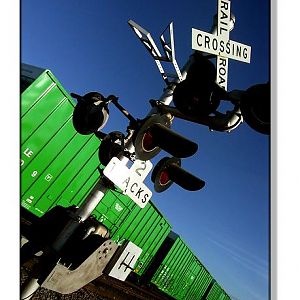 Going away in the magic hour

It had been an enjoyable day in mid-December 1995, photographing on the north coast line south of Brisbane. By the time this train showed up though, the light was way too dark for any conventional view. But what's convention? Wanting to make use of the Magic Hour (a term I first encountered over on the Observation Car), the next thing to do was to find a strong visual foreground. This old signal at the south end of Kagaru crossing loop, a popular photographic subject itself, seemed to perfect.

Out with the tripod and the cable release, and I was all set.

The loco that can be seen impressionistically leaving its mark is one of the EMD 81 class during their brief reign on the line, having (sadly!) displaced the much more interesting ALCOs on the line. It wasn't long though before these too were displaced by the much more recent EMD 82 class, which in turn have been swept aside by the GE NR class.

Photographer: Alan Shaw
Click to expand...
There are no comments to display.