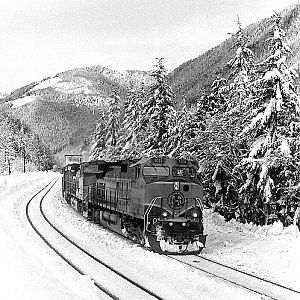 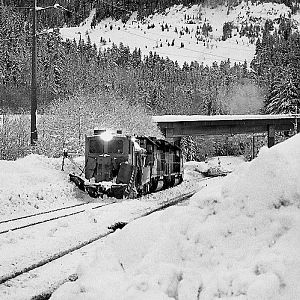 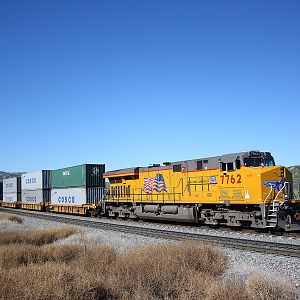 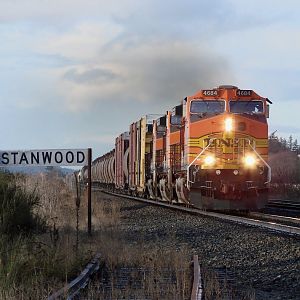 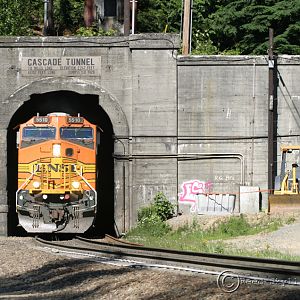 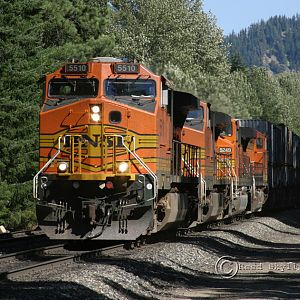 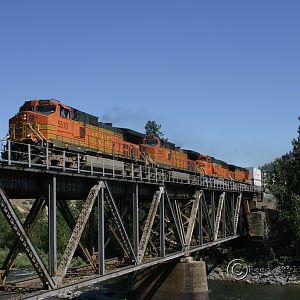 Finally Made It To Stanwood On The Way To Everett

BNSF 4684 still on the point of the 438 axle manifest from British Columbia to Everett,WA finally passes thru Stanwood after being delayed by an erroneous axle count at the Defect Detector south of Bellingham,WA.The detector gave an axle count 0f 439 which was a problem with 18 axles of power and 420 axles of cars.A discrepancy usually requires stopping and the Conductor walking the train.Without the stop,I never would have beat the train to Stanwood.Somehow,a low hanging air hose was being counted as an axle.
Click to expand...
I like what appears to be the remnant of an old spur in the foreground.
Great photo Joe. I enjoyed the story too...
Nice shot, Joe. I always like a scene with a sign that identifies the location. The disconnected siding also adds some interest.
Thanks All,
David/Earl that's a section of bad track laying there that was removed from the main months ago but not hauled away.
Joe