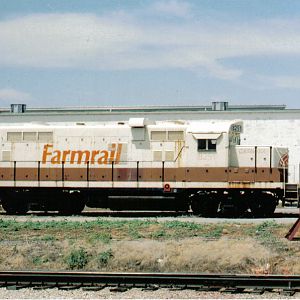 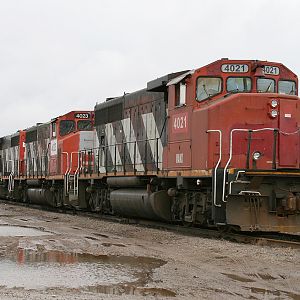 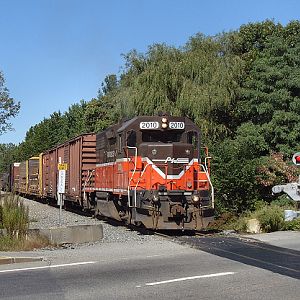 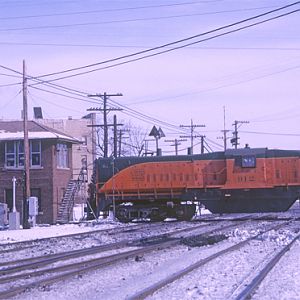 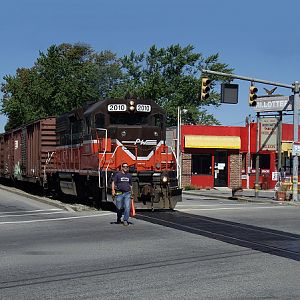 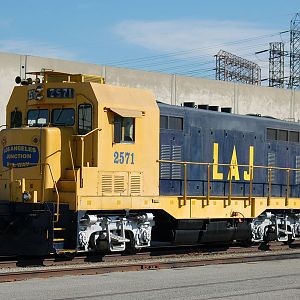 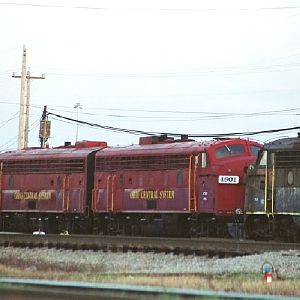 More info soon. What started out as a roster shot suddenly got introspective. Although I was 18 years old when I shot this photo, this was the location of my first employment as a paperboy when I was seven. This is where my paper route began. And I also realized I know someone who worked in that tower, and is still alive. I better interview him quickly. One thing for sure, there was a lot of noise as the EJ&amp;E crossed the C&amp;NW, especially with short wheelbase freight cars.

Bob had to answer to both the EJ&amp;E and C&amp;NW dispatchers. He quit the railroad business a couple of weeks later.

Here's a link to more EJ&amp;E stuff I shot:

http://www.ejearchive.com/lastdays/v/chuckzeiler/
Click to expand...
What a bizarre looking loco. Now that's old school!
Great photo Chuck. In a few minutes, that train will cross Hawthorne Rd and go by my Grandparents farm. I still hear them throttle up in my head. Thanks
That's the ugly locomotive that I seen so far... Thanks for posting the photo.