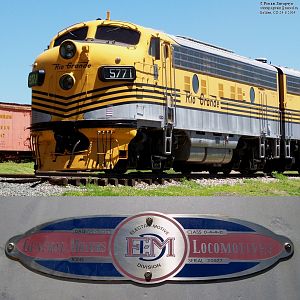 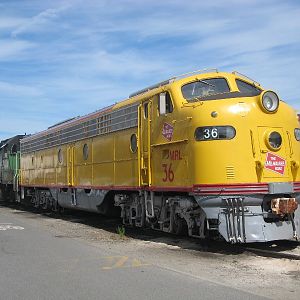 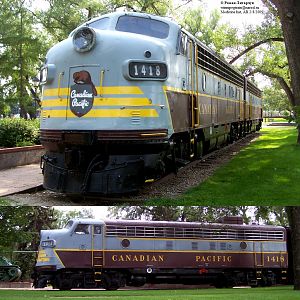 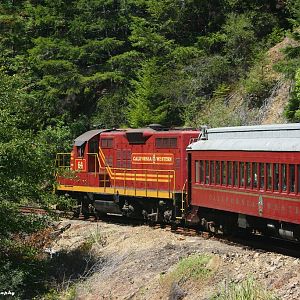 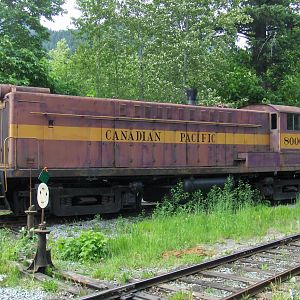 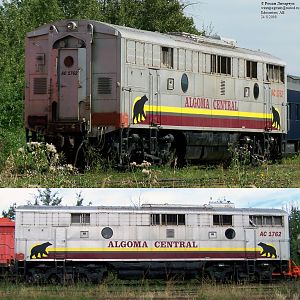 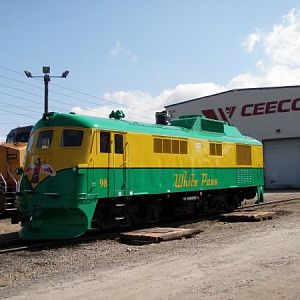 CWR #64 Pulls up the Grade from Northspur

California Western Railroad (The Skunk Train) Number 64 pulls our train up the grade from Northspur Siding on the trip back to Fort Bragg. The trip is the daily passenger excursion from Fort Bragg to Northspur and back. (September 4, 2007) According to information available, CWR #64 is a EMD GP9 that was originally delivered to the Southern Pacific Railroad in January of 1955. CWR #64 was previously numbered SP 3311, SP 3444, SP 5607 and Kyle Railroad Number 1750 (Kyle ran the line between 1987 and 1996 when it was sold to investors.) This unit is still in service with the CWR now owned by Sierra Railroad since 2003.
Click to expand...
There are no comments to display.