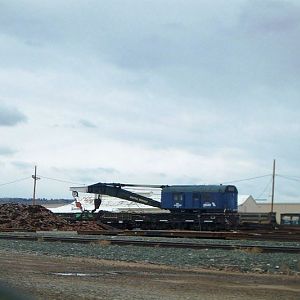 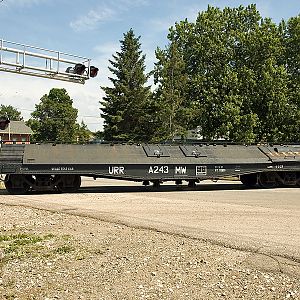 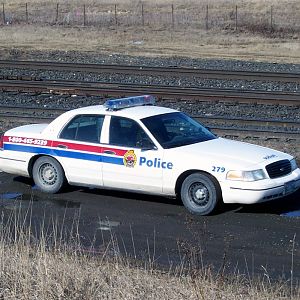 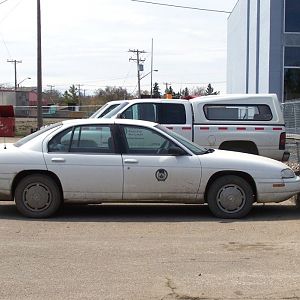 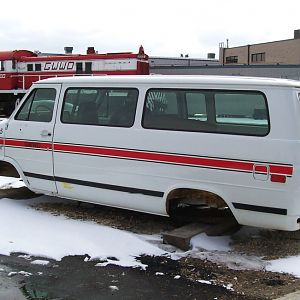 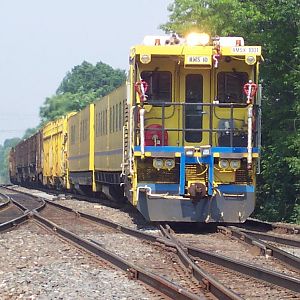 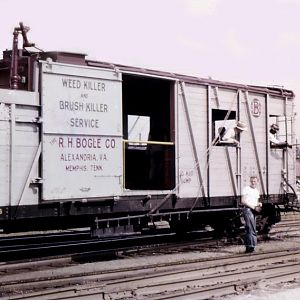 Generally RR's are a big buyer of trucks from SUV's, pick-up's and heavy duty. Then there are vans, police cruisers, but a regular sedan? This is the first one I've seen marked in RR paint. What a great paintjob it is, your regular white Chevy Lumina, with a beaver decal added. No hi-rail equipement, inventory #, safety stripes or lamp added. If I didn't see it used by RR staff, I'd assume this was a railfan's car, since adding a decal of your favorite RR to your car is not hard to do.

You can see a bit of CP's PNL in the background.
Click to expand...
It's an old CPR Polic Cruiser. I can't tell you who drives it now though... Sorry Bud.
Police Cruiser? That's odd, I thought only Crown Victoria's qualified for the job. Then again we don't have any on CP in town anyway. I know who drives the car, just look at the name marked on the parking stall...
Believe it or not, CP Rail finally found it somewhere in their meticulous budget to hire a second cop for all of Saskatchewan. That's right, how many thousand miles of track, and only two active constables for the CPR Police Service. A little hint, he doesn't drive a cruiser, but he has legal authority to pull regular people over and dish out any traffic ticket he finds fit. Few know it, but only the RCMP and CP Police are sworn into some silly thing for some other silly thing. I forget what it's called, but that it why the CP Police carry handguns... because they are a federal police force like the RCMP. That's what I was told once, but I might be mistaken.
Only two in all of Saskatchewan? Wow. I've met 6 CN officers at separate times in Winnipeg alone during 2004-05, so I thought there was many more. I know what he drives, as we've talked before and yes, he does read these forums, so be careful what you post. I was not aware he could hand out traffic tickets. Wouldn't CN cops have the same authority as CP/RCMP? This discussion came up on the forums years ago, the legal conclusion was quite intersting. Apparently BNSF/CSX etc. police have more power then state troopers since they can cross state lines...