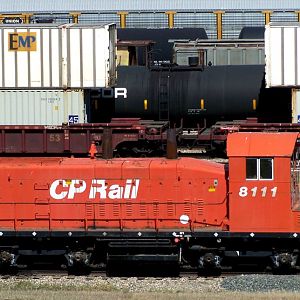 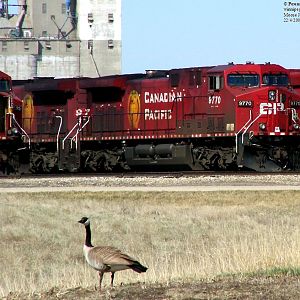 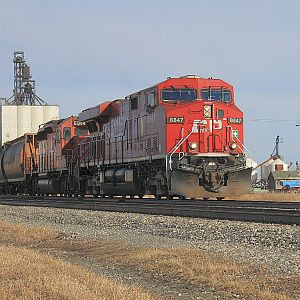 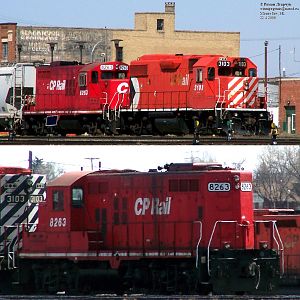 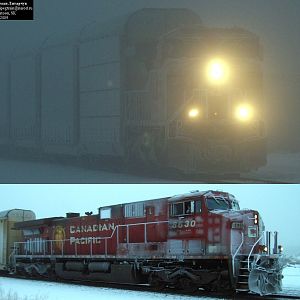 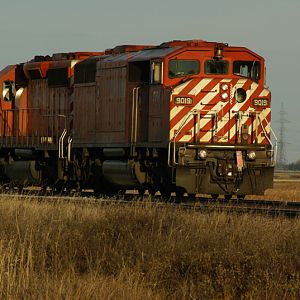 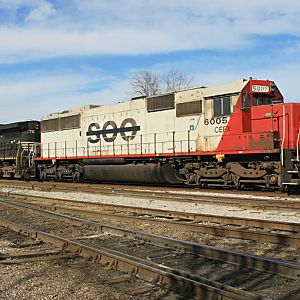 One of 9 SOO GP9s stil on the roster, albeit in CP paint (3 more such units). Aside from the white number boards, SOO giveaways include the slightly off color paint, frame stripe and cab mounted headlights. Interestingly before SOO, this was a Wisconsin Central engine (not to be confused with the modern WC). A number of its sisters were sold to I&amp;M Railink back in 1997.

Due to the recession (not much to do in St. Paul?), this unit is now working in Canada, sister 8264 is nearby parked in a 25-engine deadline consisting mostly of CP SD40-2s.
Click to expand...
Thats an interesting specimen...wouldn't be too hard to model either!
I seen 3103 at Moosomin Yesterday heading towards Brandon. She was sandwiched between 9001 and 9023.