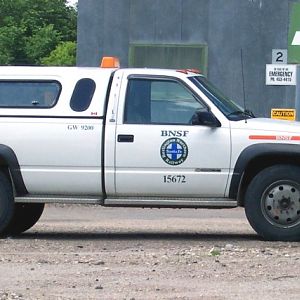 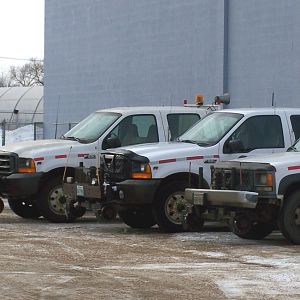 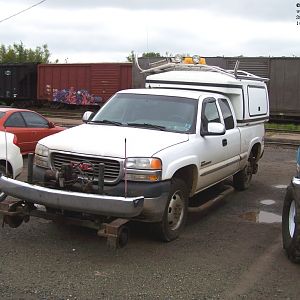 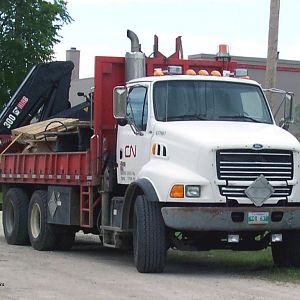 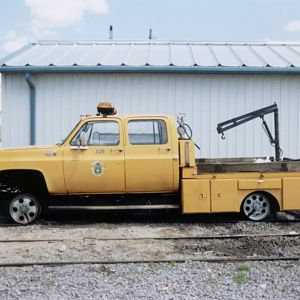 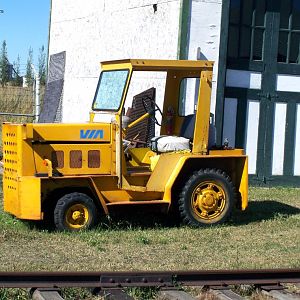 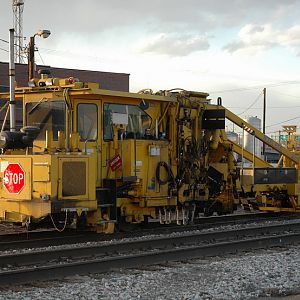 This CN truck has the distinction of being the last piece of CN equipment on the former Fort Garry Industrial Park #2 trackage, since he's the wrecker. Although I've never seen any traffic or cars on the industrial tracks, at its peak (early 90s?) the 1 mile spur off of CN's mainline had 3 stub tracks and two sidings, serving at least 4 industries. One of the stub tracks went directly into a warehouse. With no traffic for at least two years that I have been observing it, one of the stub tracks pulled up, another partially turned into a MTS (major Manitoba Phone providor) parking lot, and the rest rusting, it's no wonder CN pulled up the remains. Interstingly the tracks are still on the CN 2007 system map and all the crossbucks were still in place when I left in July of 2005. You can see one of the crossing arm lights in the grass, to the right of the right front tire.

I should also mention that while I was covering the abondenment, I missed two CN freight and VIA's Canadian.

Click to expand...
There are no comments to display.