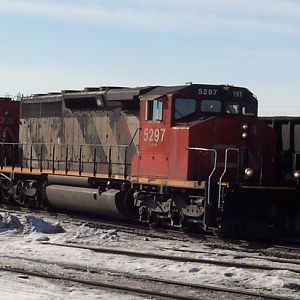 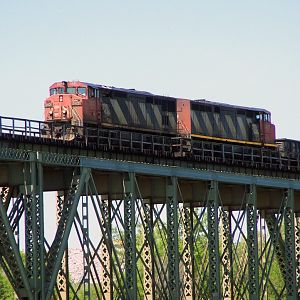 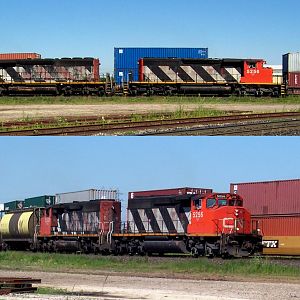 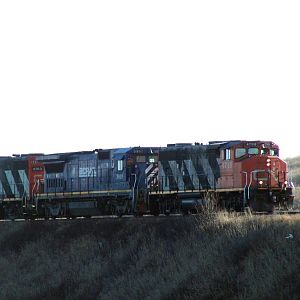 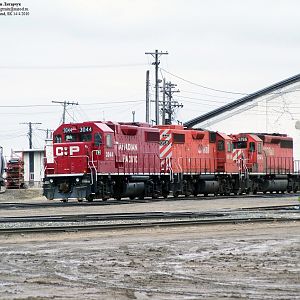 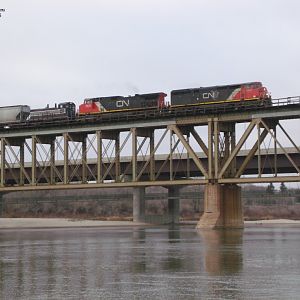 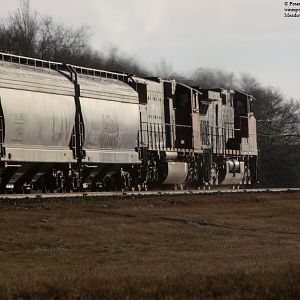 I believe everything in this photos is now gone: CN 5232 - the last active SD40 on the roster was retired next year, going on the short line circuit, to Athabasca Northern, then Central Manitoba, now Prairie Rail Solutions. Area railfans believe it to be the last non-upgraded CN SD40 left with the rest having been modified by KCS, BNSF and other new owners (or scrapped).
Despite being much younger CN 5297 merely outlived it by a year - presumably scrapped in 2007, though many of his brotherin are still on the active roster.
Coal is no longer shipped from Beinfait, Saskatchewan to Ontario. The practice of burning coal been banned since 2015.
&amp;nbsp;
'BN America' brand ceased to exist shortly afterward, possibly coinciding with BNSF's 10th anniversary.
Portage JCT is currently being re-configured for rapid bus lanes. The hill I took this picture from no longer existed when I visited last month.
Click to expand...
There are no comments to display.